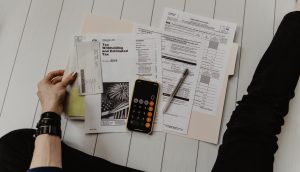 Photo by Kelly Sikkema on Unsplash

Heading into a divorce, you’re likely so overwhelmed with the legal, emotional, and financial issues that you’re dealing with that the last thing you probably want to be thinking about is how it’s going to affect your taxes. But considering the tax effects of your decisions can make a big difference to your financial situation down the road.

Here’s a few of the major ways that your taxes can be affected by getting a divorce:

2. Selling Your House: The house is usually among a divorcing couple’s most valuable assets, and selling it can have huge tax implications. You may know that a single person can exclude $250,000 of capital gain upon the sale of their home, and that a married couple can exclude $500,000, so long as they have lived in the house for at least two of the past five years. If the house is sold immediately pursuant to a divorce, each spouse will be entitled to a $250,000 exclusion if the residency requirement is met. Whether to keep or sell the house, and who retains ownership, should be a well-considered decision. For example, if you and your spouse decide to retain joint ownership but only you and your children live in the house, although it may make sense from a financial and tax perspective, that arrangement keeps you and your ex-spouse legally and financially entwined in a way that may not be beneficial to both of you. In such a case, each spouse would be entitled to the $250,000 exclusion upon the ultimate sale of the house, even if only one satisfies the residency requirement.

3. Spousal Support: For all divorce or separation agreements signed after 2018, alimony is not taxable to the recipient, nor is it deductible by the payor. [See note below for details of agreements signed December 31, 2018 or earlier, including the taxation if such agreements are modified.]

4. Child Support: Child support payments have no tax effects – you cannot deduct them if you pay them, and you do not have to include them as taxable income if you receive them.

You may be facing even further tax issues in your divorce: retirement plans, allocating jointly paid estimated taxes or prior year tax carryforwards, property settlements instead of (or in addition to) alimony. For any of these cases, before you sign your divorce decree, it’s wise to consult a financial professional who understands the tax issues surrounding divorce – even better if you can involve them earlier in the process.

Note: Old tax law (for divorces signed prior to December 31, 2018):
Spousal support is generally treated as taxable income to the recipient and deductible by the payor. However, the spouses may choose to opt out of considering payments as alimony for tax purposes, as long as it is recorded in the divorce decree and the recipient spouse attaches the decree to his or her tax return every year of such payments. For decrees executed on or before December 31, 2018 and amended after that date, the spousal support will be treated as not deductible or includible as taxable income as long as the modification (a) changes the terms of the support and (b) states that the alimony or separate maintenance payments are not deductible by the payer spouse or includable in the income of the receiving spouse.

Note: tax laws are constantly changing; the facts in this article are accurate as of June 21, 2022.