Are You on FIRE? 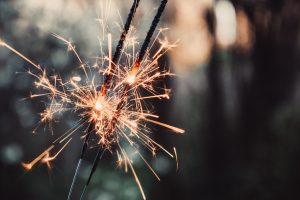 Photo by Zoritsa Valova on Unsplash

For those who haven’t heard of it, the FIRE movement has been taking the personal finance world by storm over the past decade or so. FIRE stands for Financial Independence, Retire Early, and has been embraced by people who want out of the rat race. They save a huge proportion of their income (think 40-70%) in order to build wealth, live a simpler lifestyle, and allow them to opt out of the traditional employment model.

Although the very beginnings of the FIRE movement can be traced all the way back to a 1992 book called “Your Money or Your Life” by Vicki Robin and Joe Dominguez, FIRE is often embraced by the millennial generation (those who are now about 23 – 38 years old). A huge part of the appeal to this generation is that they came of age around the time of the Great Recession, which has significantly shaped their worldview. They saw their parents, relatives, and family friends under a lot of financial stress, and may have even seen loved ones losing their jobs or their homes. Many people in this generation are not eager to sign up for the same kind of deal as their parents.

In addition, employment has changed. The days of retiring with a pension after forty years of employment at one company are long gone. People in their 20s and 30s are expected to have many more jobs over their lifetime than their parents did. In addition, so many young people in recent years have come out of college with large amounts of student loan debt, so they feel like the deck is stacked against them from day one. It’s no wonder they’re looking for a different way to live.

I love the FIRE movement. It’s all about reducing your lifestyle to the things that genuinely make you happy, and not spending on all the other stuff. No expensive cars, or houses that are a stretch to afford. I see a movement of people who seek to deeply understand their values and make conscious choices to live by them. They spend money on the things that are important to them and avoid things that aren’t, and they understand that the most valuable thing their money can buy them is freedom.

The FIRE mindset can look different for different people, of course. I recently listened to a podcast where a married couple had worked hard in their 20s and saved a million dollars by the time they were 30. That was their threshold, and as soon as they hit it, they quit their jobs and have been traveling the world and living off the income from their investments. For someone else it might be that they spend every extra dollar buying rental properties, and generating passive income through real estate to replace their wage income.

The biggest criticism of the FIRE movement that I’ve heard is that it’s not realistic. Some financial experts say that a portfolio of a million dollars at age 30 isn’t going to last you sixty or seventy years. But I don’t think that’s the point. I don’t think most people who embrace the FIRE movement think that they’re completely done working at such a young age. They just don’t want to be tied to their full-time jobs. It gives them options and opportunities that they wouldn’t otherwise have. Maybe they go work at a ski resort for the winter, or they join the Peace Corps, or they even make money speaking about living a debt-free life. Things they couldn’t do if their high cost of living required a full-time job (or two!).

Please share with me any thoughts or stories you have about being on FIRE!